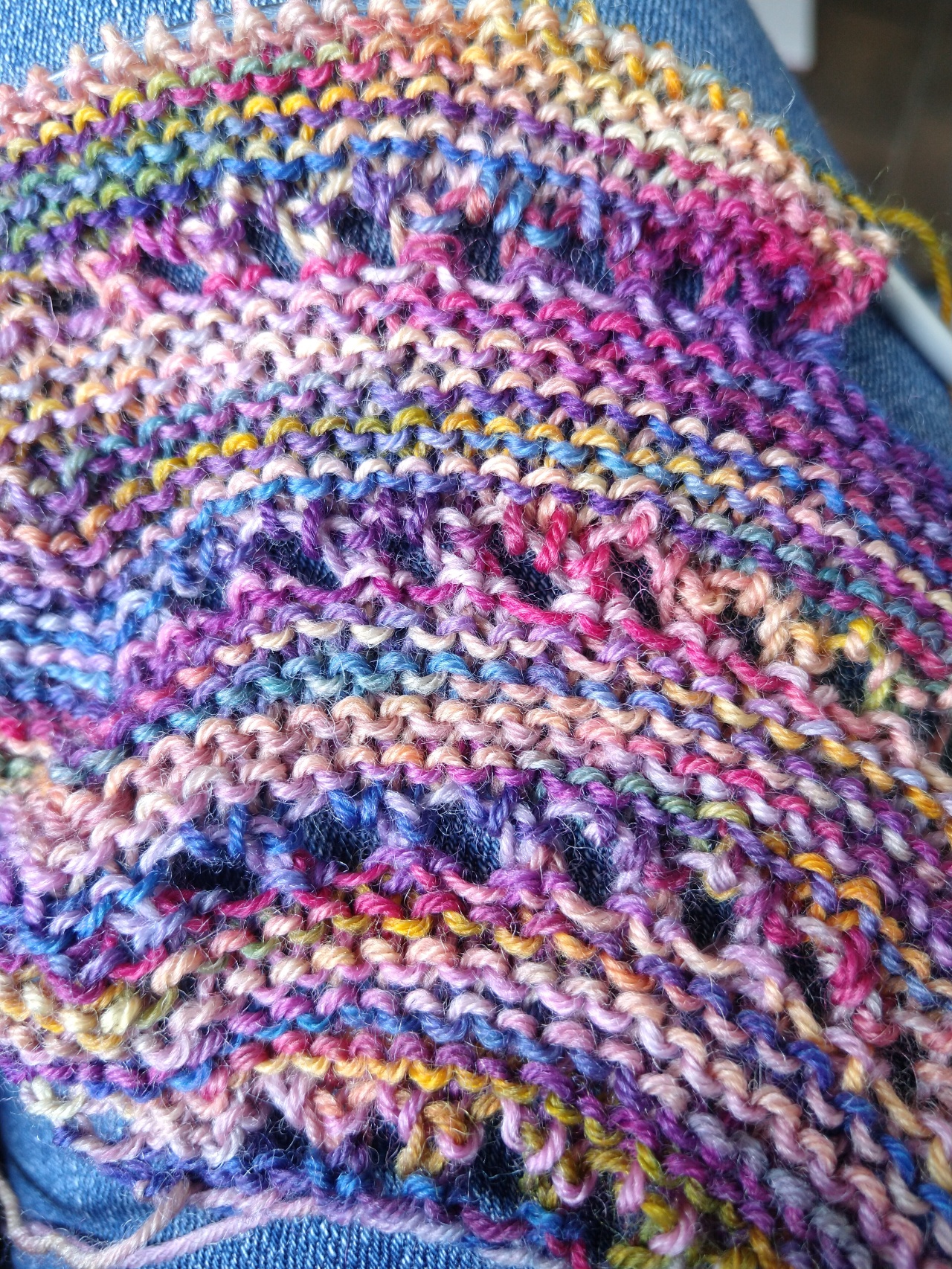 More time at home has presented a fantastic opportunity for reading more books. There is also the need to be distracted, to forget your worries for a while and lose yourself in another world.

I normally read a few pages at bedtime but, if it’s particularly gripping and unputdownable, I’ll read at other points in the day. Thing 2 and I have been reading before breakfast, snuggled in our our pjs, curled up on the sofa. Sometimes I have been reading after tea too. This means I have been getting through books at a faster rate than normal… at approximately double my normal speed!!!

How do I know this???…. Goodreads – very useful when you are standing in a bookshop trying to remember the name of that book you wanted to read, or the name of that author you wanted to look for. It also encourages me to be more selective about what I read, rather than just picking up the closest thing that takes my fancy. I’m not making rules though… Randomness is still allowed and could happen at anytime!! So, as well as knowing I have read almost two books a month since last August, I also know exactly what they were and how much I liked them. As well as keeping track of what you have read/would like to read you can set yourself a Reading Challenge, read and comment on reviews, and view your reading statistics. My statistics are telling me that I read 4 books in April.

It’s a while since I joined in with Yarn Along so there have been a fair few books read. In fact, it’s a total of seventeen books in nine months. In my last Yarning Along I said I that I haven’t kept track of my reading habits closely… Well, that has changed!  I could list all of the seventeen but that wouldn’t make a very interesting post. I think I will just do selected highlights…

Vox – Christina Dalcher – This is a dystopian novel set in the future, in the USA, where all females are only allowed to speak 100 words a day and are cruelly punished if they disobey. I couldn’t put it down. People have said it is similar to “The Handmaid’s Tale”. If you are interested in reading it then it’s worth having a look at some reviews and there are some excellent ones on Goodreads, both for and against. It’s seems to be a bit “marmite” – you love it or you hate it. I think that is very much down to your own perspective. I would definitely recommend it though.

One for the Blackbird, One for the Crow – Olivia Hawker – This one fed my “Little House on the Prairie” fixation. Set in Wyoming in 1870, miles from their nearest neighbours, two families have to work together to survive after betrayal and tragedy. This book is very descriptive. I felt like I was there and I didn’t want it to end.

The Dressmakers Gift – Fiona Valpy – The title caught my attention initially but this book joins two of my favourite fiction themes – wartime and sewing. This book flips between present day and wartime Paris. I thoroughly enjoyed the wartime Paris story and it’s strong female characters but I did find that the present day chapters/character seemed much weaker and less likeable. These chapters are quite short so I could speed through them to get to the next historical part. I still have pictures in my head of parts the wartime plot and it’s three books ago now so it has definitely left an imprint.

The Familiars – Stacy Halls – Yet another of my favourite themes – witches! This one was even more compelling because it is based around actual historical events (although it is fiction) and because I spent many years living in the area that it is set in. I couldn’t put this one down either and enjoyed seeing the main character develop from a meek and docile young wife to a strong-willed woman who knows her own mind. It was well written and I would definitely read another book by this author.

The Handmaid’s Tale – Margaret Atwood – Having read Vox, I was ashamed to admit that I had never read The Handmaid’s Tale (I also didn’t watch it on tv because I would rather read it first) so I figured I had better put it right. I thoroughly enjoyed it and the sequel will be high on my “To Read” shelf on Goodreads. I have some vouchers to use when my “On-my-to-read-pile” shelf is looking empty (which will be fairly soon).

On to my current book… Having finished The Handmaid’s Tale I thought I would pick something lighter so I am reading The Telephone Box Library by Rachael Lucas. Appropriate – no? Sadly it’s on Kindle. If I had a paper version I would leave it in the telephone box library after I had read it. Maybe I should get a paper version just so I can do that!?!?!

And here is my other yarn… 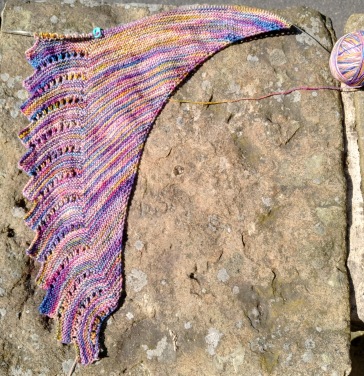 This is some beautiful handyed sock yarn – “Zen” – from Burrow and Soar  (who have the most stunning yarns – I want them ALL!!!) and the pattern is the Close To You shawl. The pattern is simple but interesting at the same time. I can seriously see me making a few of these. It is a bit addictive watching the colours appear, subtly pool a little and then un-pool again. It won’t be long until it’s finished. It would have been done, except for the fact there have been a couple of evenings of no knitting this week (and an incident of a-dropped-stitch-that-was-poorly-rescued-and-had-to-be-rescued-again!!)!

What are you using your extra time at home for?? Books? Yarn? Something else??

Joining in with Ginny’s Yarn Along.

7 thoughts on “Good Reads and Goodreads. (Yarning Along 22)”